Gül Baba was an Ottoman-Turkish soldier-monk, that is a dervish, who arrived to Buda in the middle of the 16th century and he was buried outside the city limits of then where his honorary monument is also situated. The latter one is actually the tomb of Gül Baba of today’s Rózsadomb (Rose Hill in English) that is simultaneously one of the oldest architectural memories of Budapest. The Gül Baba Tomb heritage Foundation was established by the Hungarian State in 2017 with the purpose to operate the Gül Baba Tomb, the surrounding garden and the related cultural centre and to preserve the unique historical assets. 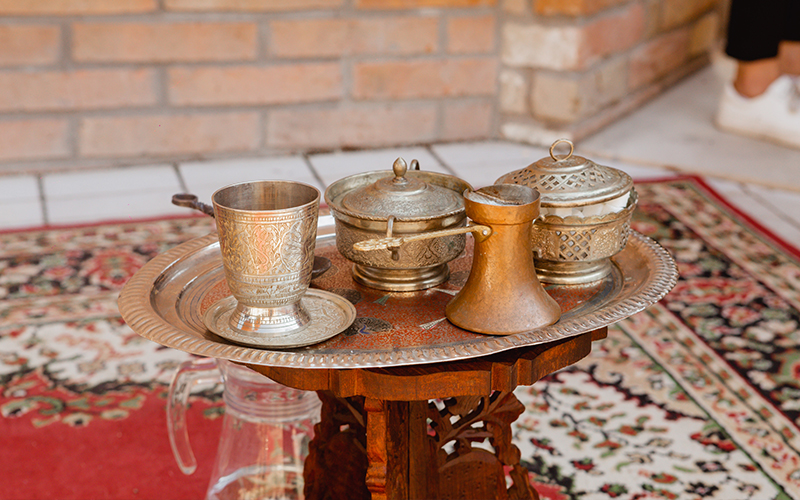 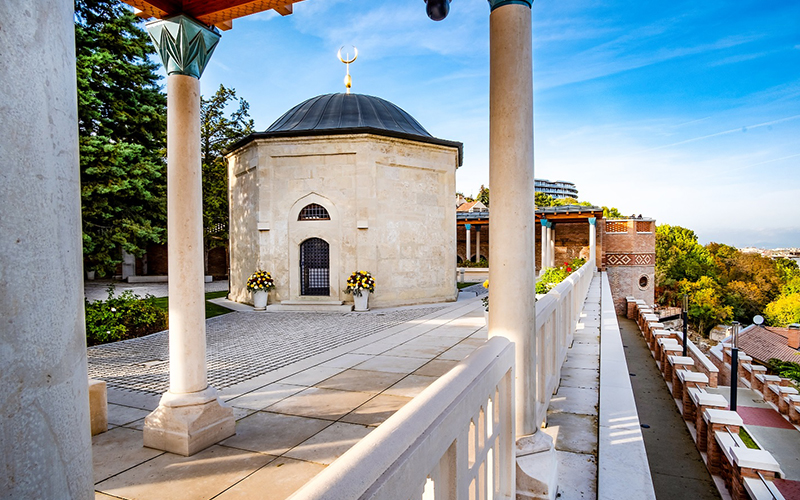 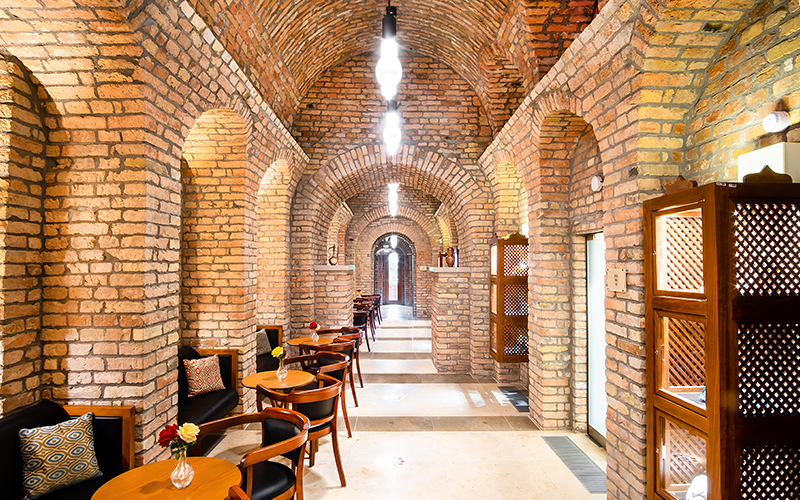 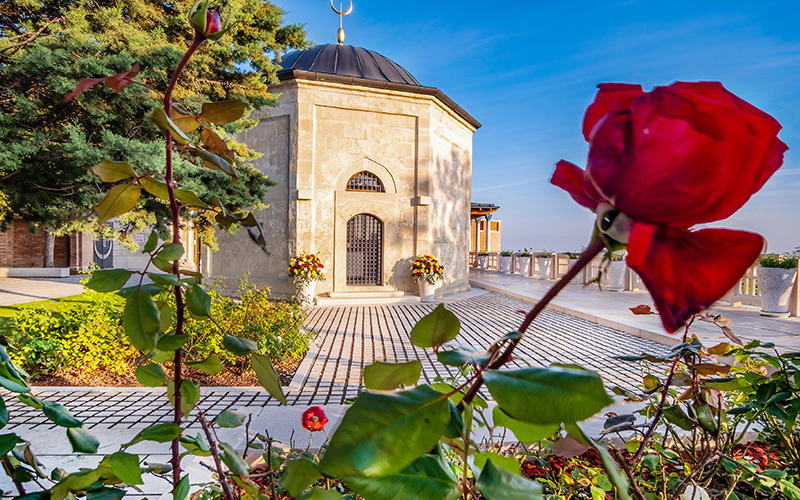 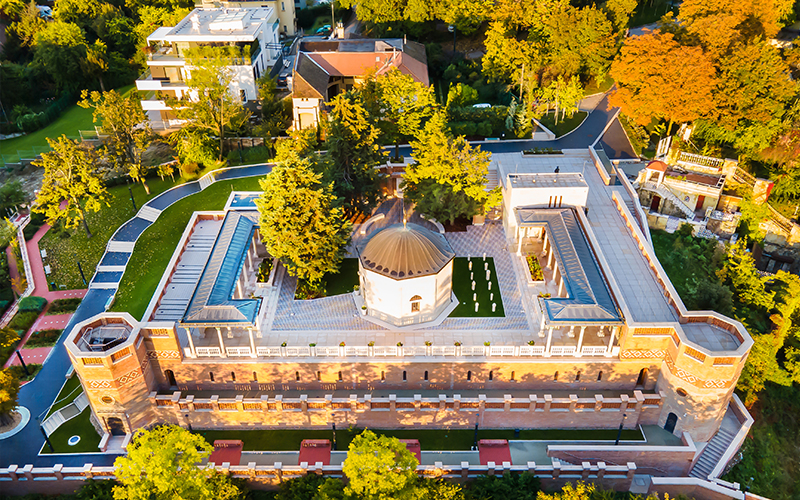 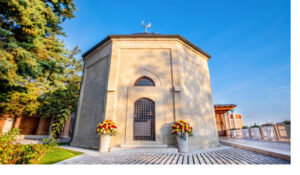 Gül Baba – meaning Father of Roses – was a dervish from Bektas who escorted the ottoman army during the reign of Mohamed II when raiding Europe. The “Rose” in his name is a sort of spiritual rank indicating that he knew God deeply, in a transcendent way.
Gül Baba arrived to Buda in 1541 accompanying Suleiman the Great I and the Turkish army. Legend says that he died on September 2, 1541, on the day when commemorating the occupation of the town. Gül Baba, the dervish respected much among the ottomans, was buried on the hill near the late Gunpowder township on the northern Danube bank, named Barutháne mahalesi in Turkish, even Suleiman I sultan attended his funeral. Between 1543-1548 a closed tomb (mausoleum) was erected above his grave during the bey of Buda, Jahjapasazade Mehmed. During the Ottoman occupation a monastery of Bektas dervishes, a tekke, was constructed and it was characteristic that the ottomans were burying around the tomb (türbe). So on the Northern hills of Buda a sort of significant pilgrimage area was forming around the tomb of Gül baba and in the ottoman period this area was named the hill of Gül Baba, that is Gül Baba tepesi.
Regarding Gül baba there were a lot of legends even in the 16–17th centuries. One of the most popular ones was described by the Turkish traveller, Evlia Celebi who visited the tomb in 1663. The notes of Evlia say that the monk originating from Merzifon died on September 2, 1541, during the first Friday prayer held in the Note Dame church that was transformed into a mosque, and even the Ottoman Sultan attended the funeral. The dervish became the spiritual patron, symbolic keeper of the far limits.
In 1686 during the second siege of Buda the Habsburg army did not disturb the tomb and later the Jesuit priests transformed it into a Catholic chapel, and throughout two centuries the tomb existed in this form.
In 1885 the Ottoman government assigned János Wágner Hungarian architect to restore the tomb and the surrounding monument. János Wágner built a supporting wall around the buildings which included his own flat, too. After the restoration in 1914 the monument was declared Hungarian national monument.
In the 19-20 centuries other legends were connected to Gül baba that are known mostly from romantic literature and music pieces. By referring to the dervish the hill was renamed the Rose Hill, where representative villas were erected first, then a vaster mesh of building was formed. This is when the neighbouring Niedermayer Gasse was renamed to Gül baba street, and this is when the building’s scientific research and restoration began.
In the 20th century the tomb and the surrounding building complex were renovated and reconstructed several times, but the significant renovation of its condition could not be achieved. By the beginning of the 21st century the building complex needed thorough restoration, thus the venue was closed for several years, no visit was permitted.
On February 24, 2015 in Budapest the Hungarian and the Turkish deputy prime ministers signed an agreement on the heritage tasks of the tomb and its surroundings as well as on the complex landscaping, and the works finished in 2018. During the investment performed within the Hungarian-Turkish cooperation the tomb was studied professionally, there were heritage works, and the direct and wider surroundings were organised from architectural and landscaping perspective at a higher level. Not only the ottoman historical building can be visited in the building complex, but there is a complex cultural centre whose main important elements consists of the permanent exposition established in the basement of the former Wagner villa, the tea-house and café connected also to the basement of the Wagner villa, there are premises to hold various performances and workshops, there is a souvenir shop and a temporary exhibiting area that features regularly renewing expositions. All this with the surrounding garden forms a historical building complex with sensitive landscaping solutions: a living cultural centre. 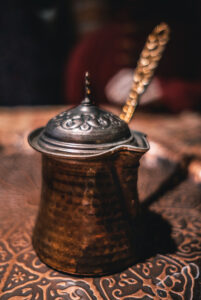 The Gül Baba Tomb Heritage Foundation was established in 2017 by the Hungarian State with the purpose to preserve, operate and use the Gül Baba Tomb and the surrounding garden as well as the related unique cultural values. The objective of our Foundation aims to build a cultural bridge between the two countries, to make an increasing number of people learn the tomb and the surrounding complex. We strive to make this beautiful ambience a vivid cultural centre and we would like to make this area an important part of the touristic and cultural life of the 2nd district, the capital and the entire country.
Our mission aims to preserve and enhance the Hungarian-Turkish friendship, and in this regard to show the physical and spiritual legacy of Gül Baba. Through our cultural events and activity we the cultures and values of the two nations can be learned mutually, and through this the friendship of the two nations can strengthen.
Our vision aims to create quality content in the several areas of the Hungarian and Turkish cultures, such as the cuisine, language, traditional costumes and music.
Gül Baba was known by many in his time for his love for the living and for the timeless values he believed in, such as humanism, tolerance, brotherhood and harmony. Our foundation follows the path set by Gül Baba by establishing relationships between people and nations.
An important objective of the foundation consists of strengthening the Turkish-Hungarian cultural relationship. Within this – among others – we got a long-term task from the government to find every Ottoman memory in Hungary and to elaborate a strategy with the Hungarian and the Turkish institutions to preserve them.
By caring for the spiritual legacy of Gül Baba we also have the task of preserving the tomb even for the next generations. When renovating the monument and the related buildings and the garden we successfully alloyed the traditions with the modern trends.
Besides the permanent and the temporary expositions we organise concerts and book presentations, workshops in the complex and we keep looking for new topics. We would like to provide the visitors with an intensive experience that affects every sensory organ, where the café for example where one can savour genuine Turkish coffee and tea, respectively at the souvenir shop the rose appears both as a fragrance and as a motif.